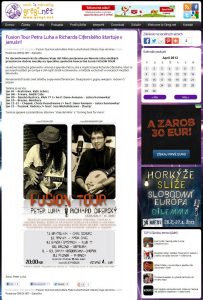 From the opening of @peterzanony exhibition. Thank

Looping improvisation at the opening of the exhibi

A short improvisation at the end my interview on r

A short improvisation as an introduction to my int